Slip back to a simpler time-where nature, grace, and style are at the forefront of life! Nestled in Happy Valley at the confluence of Granite and Branciforte creeks, come to where the outdoors, education, art, and people are valued. Just a half mile from the Mystery Spot and a 7-minute drive to either Santa Cruz or Highway 17, this is an optimal location for commuters, locals, students, surfers and nature lovers as well as those seeking a family compound or sustainable retreat.

This stately Victorian home may take your breath away as you pass up the gentle rise after crossing a lovely stone bridge to enter your private sanctuary. The 6 BR/2+BA 3309 Sq Ft main home mixes gorgeous period touches with modern convenience. The spaciousness of the home and the five upstairs bedrooms allow for a large family, multiple work-from-home or remote learning spaces, or an awesome location for entertaining. The property falls within the highly desirable Happy Valley School District that draws many families due to its high performance. High speed Comcast Internet is available here.

The separate guest house allows options to expand, making the possibilities endless, including having a true multigenerational property. With 3.95 acres (171,931 SF), the varied lot has enough flat space to allow for extensive gardening or even small-scale farming; an irrigation water system is in place using water from one of the two creeks that border the property.

The dignified Victorian staircase greets one upon entering the house. The working pocket doors in the double living room are a handsome example of fine woodworking, and allow you the flexibility to divide the large space for smaller gatherings. The wood plank flooring, the beautiful wainscotting, crown molding, period fixtures, and the brightly painted commercial gas cooking stove all make this home comfortable, unique, and kissed by time. Enjoy your morning coffee on the lovely front porch, watch the deer and wild turkeys roam while breathing in the aroma of rosemary and sage.

A few steps from the main home sits a 360 sq foot guest cottage accented with beautiful wood paneling. The skylights and windows allow for lots of natural light, making this a great office, guest room, or art studio.

A mighty cypress tree is at the axis of the property and adorned with a Shimenawa--blessing the space and claiming stake to the beloved property. These large rope ties originated in Japan and were  originally gifted to the owners as a thank you from friends they met in Shingu, Santa Cruz’s Sister City in Japan.

The stylized ropes are used to demarcate the boundary between the sacred and the profane, used to ward off diseases and evils. The exact origins of the Shimenawa are lost in the mists of time. Many theories suggest they came from the tradition of tying a rope to something to mark ownership, but others suggest it comes from the habit of Central Asian nomads who strung a rope around their campsite.

Zen yurt – 16-foot yurt by Pacific Yurts. This sixteen-foot diameter yurt has a small redwood porch and features an opening skylight and an insulation package. A custom-made table and sliding seat add flexibility to the space. Great for a meditation or yoga space, or for glamping at home.

The variety and vitality of this properties’ residents over time have left an extraordinary/unique mark upon 20 Granite Creek Road. If this majestic property could talk, it would have so many tales to tell, sharing the auspicious connections of lifetimes. The last 50 years of the home’s history include the release of the rock band Moby Grape’s eponymous album “20 Granite Creek” in 1971. The home was also the headquarters of the Integral Yoga Institute, and later a home and artists’ salon where local writers, poets, painters, ceramists, actors, musicians, and sculptors as well as local luminaries, flocked to the gatherings of John and Harriet Deck. If you were lucky enough to be in the Deck fold, their Fourth of July and Christmas parties at 20 Granite Creek were epic!! On a warm summer day, their Bocce soirees and barbeques filled the valley with friendship, laughter and a bit of fierce competition. Many of these parties were also benefits, raising hundreds of thousands of dollars for local charities over the years.

Along with the native California drought-resistant plantings, the flora and fauna are too many to name. Some amazing highlights include the Cecil Bruner and Lady Banks roses which frame either side of the cabin entrance. There are numerous producing fruit trees, including lemon, orange, persimmon, and several varieties of plum. Additionally, there are many lovely ornamental trees and plants, including an ornamental pomegranate, curly willow, manzanitas, dawn redwood, black locust, Japanese maple, and a flannel tree. Wisteria, camellias, rosemary, lilacs, red hot pokers, pink naked ladies, purple and yellow iris, salvia, and calla lilies are all here seasonally.

Bordered by Granite Creek and Branciforte Creek the property is home to countless types of birds-owls, woodpeckers, quail, wild turkeys, herons, hawks as well as deer, rabbits, squirrels and the occasional bobcat. Owners have been told the property is optimal for bird and wildlife viewing.

The Possibilities are endless

An Accessory Dwelling Unit could potentially be added, and it may be possible to make the guest house a Junior ADU. A purchaser should check local regulations.

“Truth is One, Paths are Many”

Sri Swami Satchidananda himself did not belong to any one faith, group, or country. Dedicated to the principle that “Truth is One, Paths are Many,” he went wherever he was asked to serve. He would bring together people of all backgrounds and beliefs for the purpose of learning respect for all the different paths and realizing their common spirit and the universality of their goal. He dreamed of a place where all could come together to individually realize the one Truth behind all the names and forms. Sri Swamiji left his body on August 18, 2002. Today, the closest remaining Integral Yoga Institute is located on Dolores Street in San Francisco.

20 Granite Creek is the rock band Moby Grape's fifth album. After recording their last album for Columbia Records, Truly Fine Citizen, the band went on hiatus until 1971 when they reunited with Skip Spence and Bob Mosley and recorded this reunion album for Reprise Records, their only album for the label. David Rubinson, who produced most of the band's Columbia albums, was back as producer here, as well as serving as the band's manager. The album title refers to this address in Santa Cruz where the album was recorded, and where some of the band members lived.

One of John Deck’s stories appeared in the anthology Best Short Stories of 1968. His other writing work included reviewing books for The New York Times and spending 15 years as a technical writer and manager at Hewlett Packard. An avid reader and writer, John took great pleasure in his imagination, and in exploring the world through travel and the written word. He loved to sit outside on a beautiful Granite Creek afternoon and write in his notebook.

Harriet Deck practiced real estate in Santa Cruz for over forty years and was a founder of Schooner Realty. She actively championed and served many civic organizations, among them the Homeless Resource Center, the Land Trust of Santa Cruz County, the Seymour Marine Discovery Center, the Community Counseling Center, Sunflower House, the Museum of Art and History, and Barrios Unidos. She was a long-standing member of the UCSC Foundation Board. In 1989, after the Loma Prieta Earthquake, she was instrumental in organizing the temporary tent pavilions credited with keeping downtown commercial enterprise going over that holiday season while rebuilding got underway. In 1990, she was named Santa Cruz Woman of the Year for this work.

This is NOT a drive by! Do not access driveway unless you have an appointment with a realtor or have called the listing agent, Celeste at 831-239-4646. Drive and Park only on gravel and dirt areas as there are irrigation pipes and infrastructure throughout the property that will be damaged if driven over.

Please lock up when you leave. The lock box is near the red front door. Please follow Covid protocols for real estate. Please wear booties when in the structures. Please leave lights on.  We will turn them off at the end of the day.

Some items are not included with the property including furnishings, art, the tile cardinal, potted plants, and outdoor accessories.

Dreaming of an anchorage in sunny and vivacious Santa Cruz on California's central coast? Need a navigator to steer you through the shallows to the home of your dreams? We are Schooner Realty, a woman led Independent Full Service Real Estate Brokerage of professional realtors, including owner and broker Celeste Faraola Perie. Celeste is a fifth generation (Italian fishing family) Santa Cruz local, and she and her associates were raised in the relaxed neighborhoods of Santa Cruz beaches and redwoods. In-depth local knowledge, creative, professional, and far-reaching creative marketing, decades of experience, and a commitment to our clients will help you navigate a course straight to one of California's most magical landfalls.

Schooner Realty has always been Santa Cruz local since its genesis in 1973 Launched under the sensitive helmsmanship of founder, celebrated Santa Cruz community activist Harriet Deck, Schooner Realty became known for matching homes to the visions of the famously diverse Santa Cruz population. Partnering with Harriet in 2006, Celeste Faraola Perie took over sole ownership of Schooner Realty in 2014. If your dream is a cottage on the beach, a retreat in the redwoods, or an elegant architectural masterpiece overlooking Monterey Bay, the tradition of patiently listening and sensitively responding established by Harriet Deck, lives on with Celeste and her crew of real estate professionals at Schooner Realty. 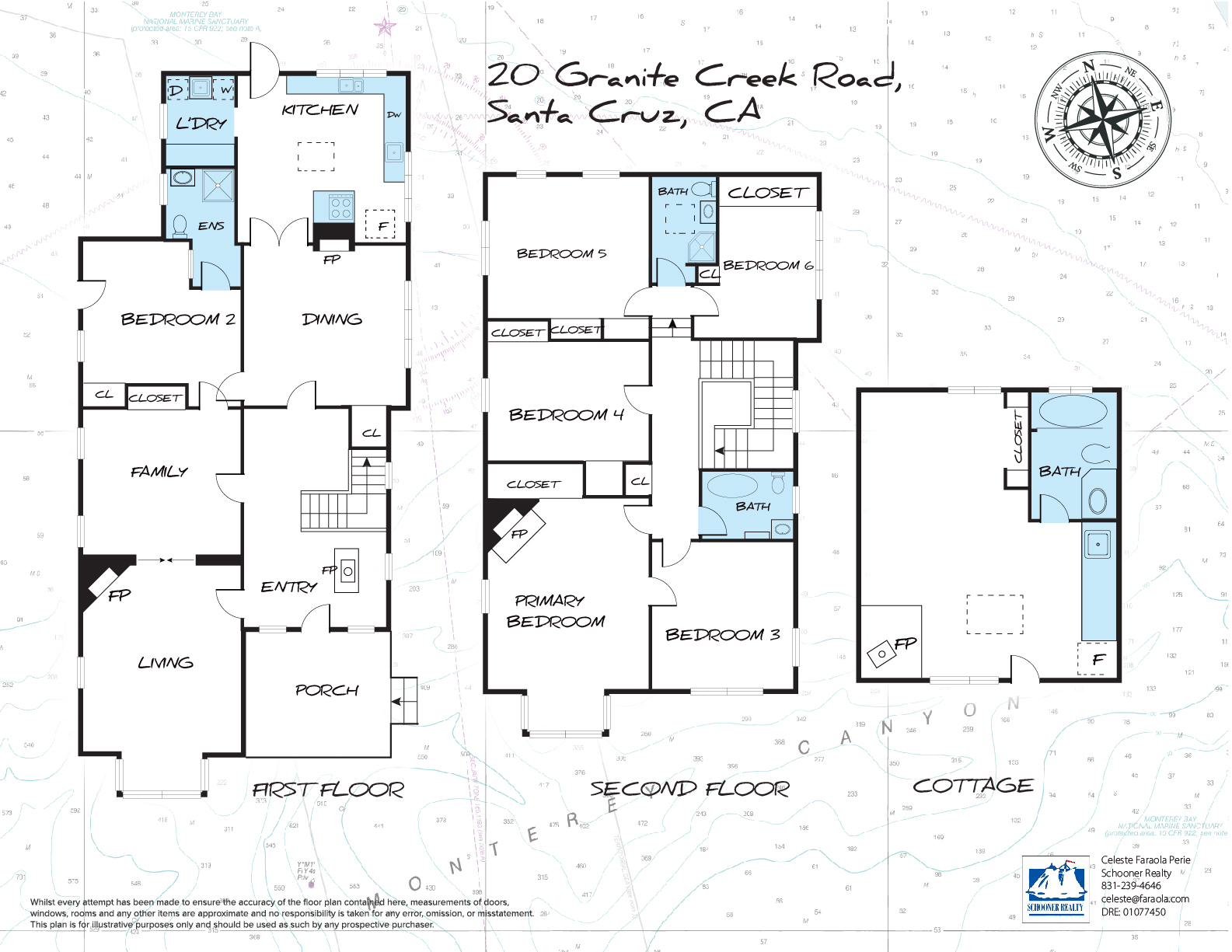 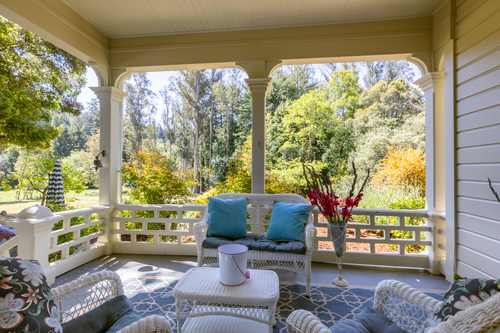 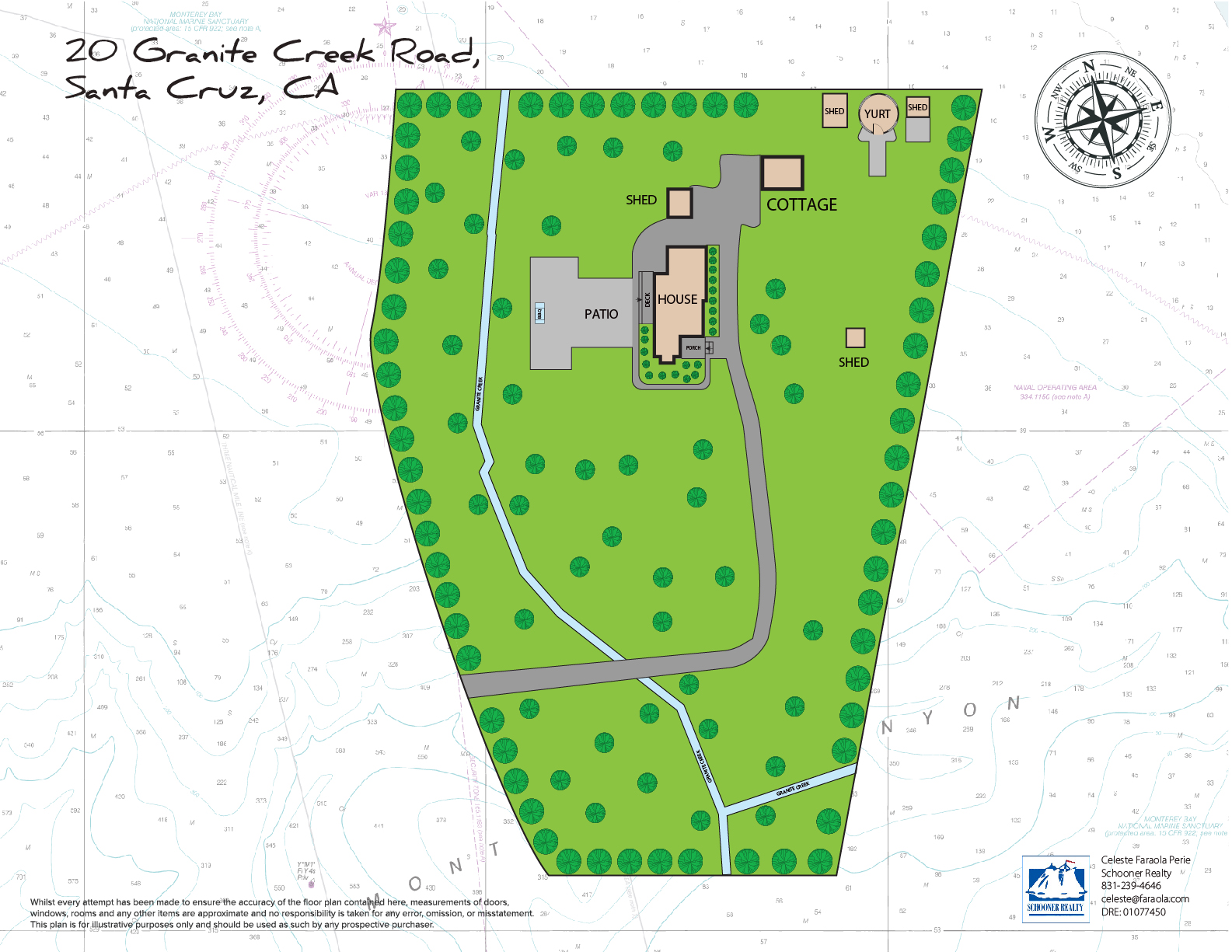 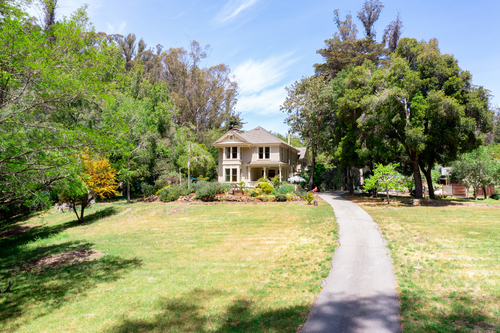